Meet the experienced and friendly doctors and staff who make Rebman Eyecare the leading provider of vision care products and services in Elizabethtown.

Dr. Rebman founded Low Vision Rehabilitation of Central Pennsylvania in 1998 which is dedicated to helping visually impaired individuals regain independence through vision rehabilitation. He has served as an attending low vision physician at the Penn State Medical Center in Hershey. He was instrumental in establishing the Lions Visual Resource Center in the Elizabethtown Public Library in 2001. 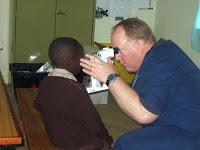 access to care and to teach optometric students and practitioners.  His missions include Kenya in 2008, Ecuador in 2009, Brazil in 2011, Thailand in 2012, Jamaica in 2013, Uganda in 2017, Malawi in 2018 and several inner-city missions to help children in Harrisburg.  Click here to read Dr. Rebman’s essay – “Why I am a proud member of Rotary”.

Dr. Rebman lives in Elizabethtown with his wife Debra.  He enjoys travel, sports, home-brewing, biking, service activities with Rotary and singing in his church choir. 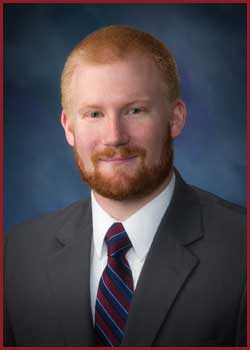 Dr. Zechman enjoys the outdoors and his hobbies include hiking, fishing and camping.  He is a member of the Elizabethtown Rotary Club.  Dr. Zechman and his wife and child live in Elizabethtown.

You can schedule your next appointment with us online!